The original Aston Martin manifolds as fitted to the V8 Vantage are extremely restrictive, and are built to a price, sacrificing vital horsepower and torque of which the V8 Vantage is sorely in need. Velocity’s design has been specially tailored to work in conjunction with our 200 Cell Sports Catalysts to bring the V8 Vantage to its full performance potential.

How are Velocity’s manifolds different to existing products from other companies? (Other than being substantially less expensive because you are buying manufacturer direct!) Some of the other products in the marketplace advertise equal length primaries but have as much as 85mm difference in length. Velocity’s V8 Vantage Manifolds feature identical length primaries for optimum power & torque increases, in spite of the increased complexity of design required. Initial primary diameter is 40mm, transitioned into 70mm secondary, and flared to 76mm for the catalyst flange. Each primary pipe is exactly 400mm long. We don’t just claim this to be true, you can measure them for yourself and see!

In addition to millimeter perfect primary lengths, the Velocity V8 Vantage manifolds / headers also feature a fully fabricated merge collector, not a formed/pressed collector which is cheaper, but robs vital power as it does not merge the 4 exhaust gas flows equally. See product’s photos to see the knife-edged internal structure, and the level of workmanship and attention to detail that is put into every set of Aston Martin Exhaust Manifolds we produce.

These manifolds / headers were independently performance tested on a Dyno Dynamics rolling road, along with our 200 cell sports catalysts, performance exhaust system and ECU Tune. Known the world over for being the most accurate and consistent dynos, Dyno Dynamics are also known as ‘The Heartbreaker’ because they are notorious for their low-readings. Our customer’s car produced baseline peak performance figures of 335.5BHP. Following the installation of our manifolds, sports catalysts, exhaust system & ECU Tune, the peak BHP figure was raised to 378.8BHP. An increase of 43.3BHP or 12.9%.

Given that Dyno Dynamics are notorious for giving low readings, it is important to recognize that these dyno results actually represent a BHP gain of greater than 43.3BHP. The manufacturer’s stated output for the 4.3L V8 Vantage is 380BHP. A 12.9% increase over this figure would represent a gain of 49BHP, and a flywheel output of 429BHP.

Similarly, torque has been increased by 35-40ft/lbs from 4000RPM onwards, an increase of around 13-15%. The manufacturer’s stated maximum output is 302ft/lbs @5500RPM. The true flywheel torque figure on this test car is now likely around 345-350ft/lbs. This is perhaps the most significant area of improvement. Downshifting is now much less necessary in order to access the torque band, and this 4.3L car will now outrun a 4.7L later model car. 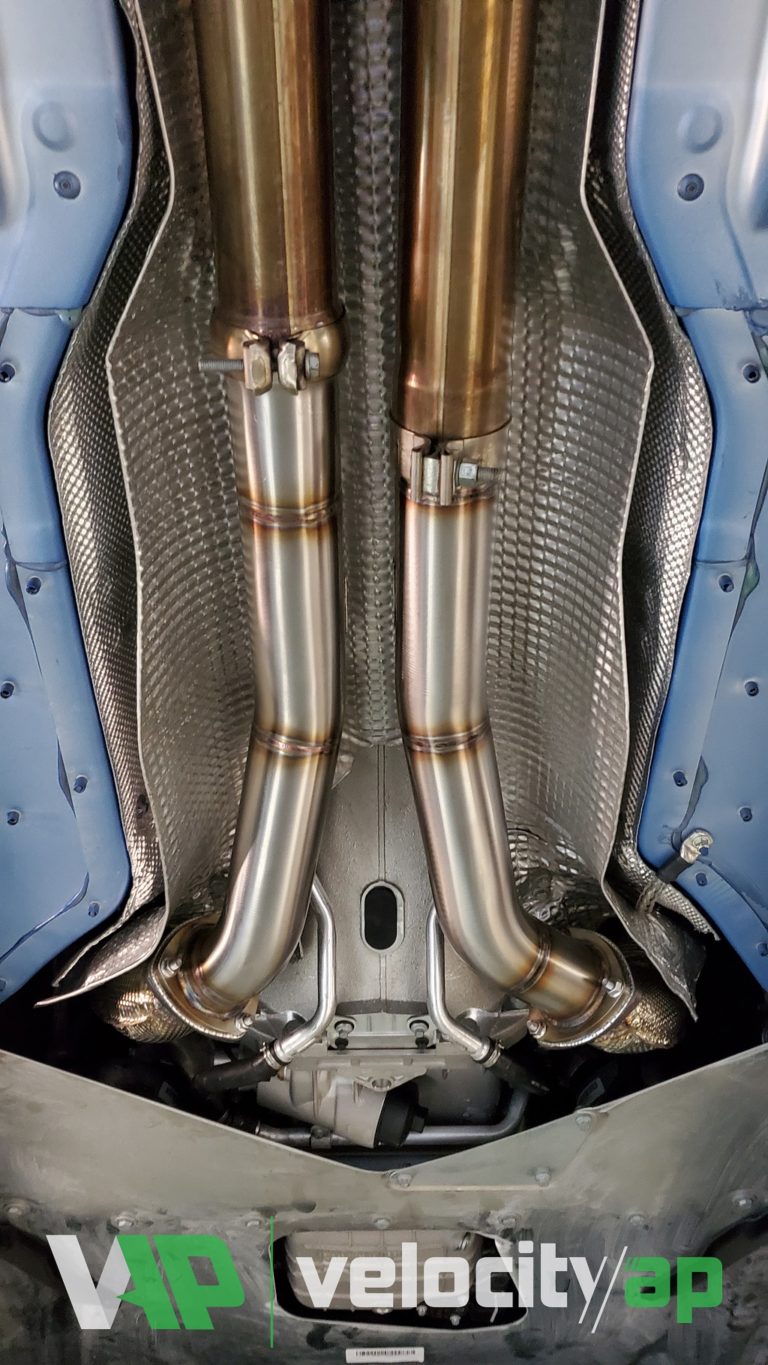 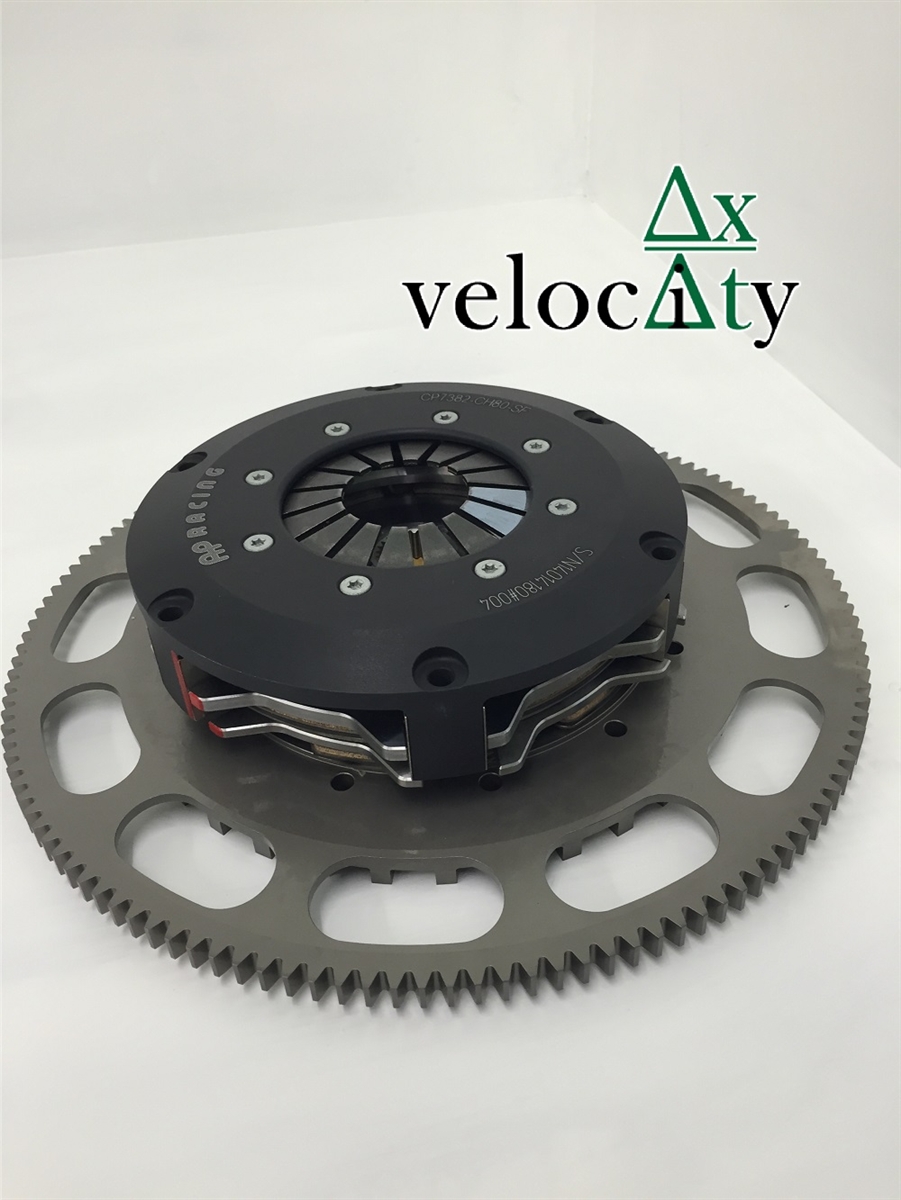 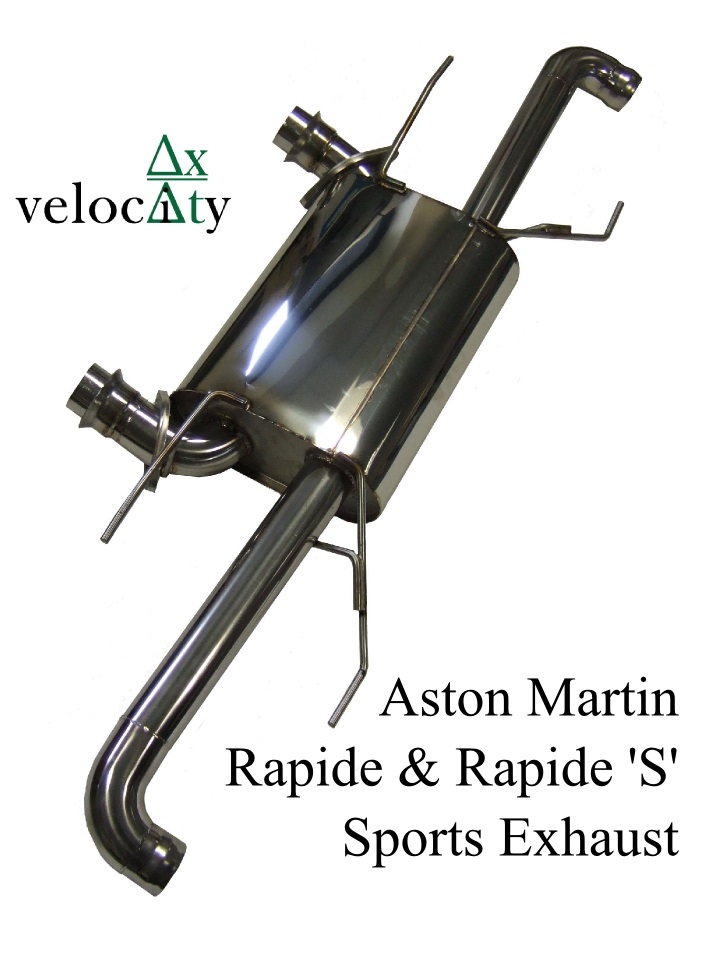