This Power Pack was independently performance tested on a Dyno Dynamics rolling road, along with our 200 cell sports catalysts, performance exhaust system and ECU Tune. Known the world over for being the most accurate and consistent dynos, Dyno Dynamics are also known as ‘The Heartbreaker’ because they are notorious for their low-readings. Our customer’s car produced baseline peak performance figures of 409.328 HP, and 398.207 ft/lbs of torque. Following the installation of our manifolds, sports catalysts, exhaust system & ECU Tune, the peak figures were raise to 454.482BHP and 438.438ft.lbs. A gain of 45BHP (11.03%) and 40.5ft/lbs (10.17%)

Given that Dyno Dynamics are notorious for giving low readings, it is important to recognize that these dyno results actually represent greater gains than they would initially suggest. The manufacturer’s stated output for the 2005 DB9 test subject Vantage is 450BHP & 440ft/lbs. A 11.03% & 10.17% increase over these figure would represent gains of 49.63BHP and 44.75ft/lbs.

HP and torque have been improved across the RPM range, leading our test driver (who has plenty of single seater race time under his belt) to say “Definitely need the Traction Control ON!” This DB9, with nearly as much HP as a DBS and an additional 64.75ft/lbs of torque, is now much quicker than a DBS under real world driving conditions.

Similar results can be expected on the V12V, DBS, Virage, Vanquish and later MY DB9.

We Strongly Recommend ceramic coating of the exhaust manifolds (available for $800 for Internal+External) for heat control in the engine bay. 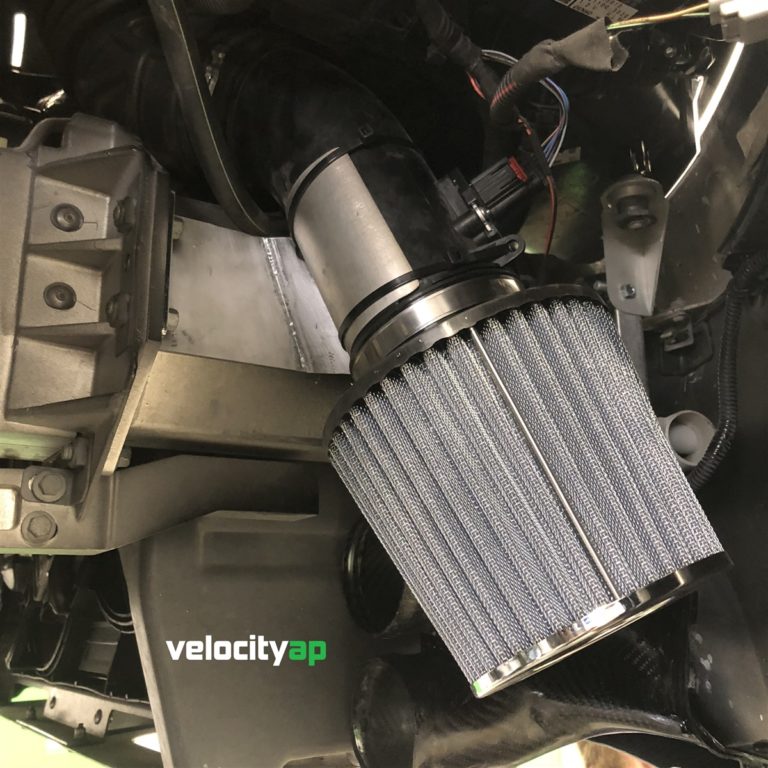 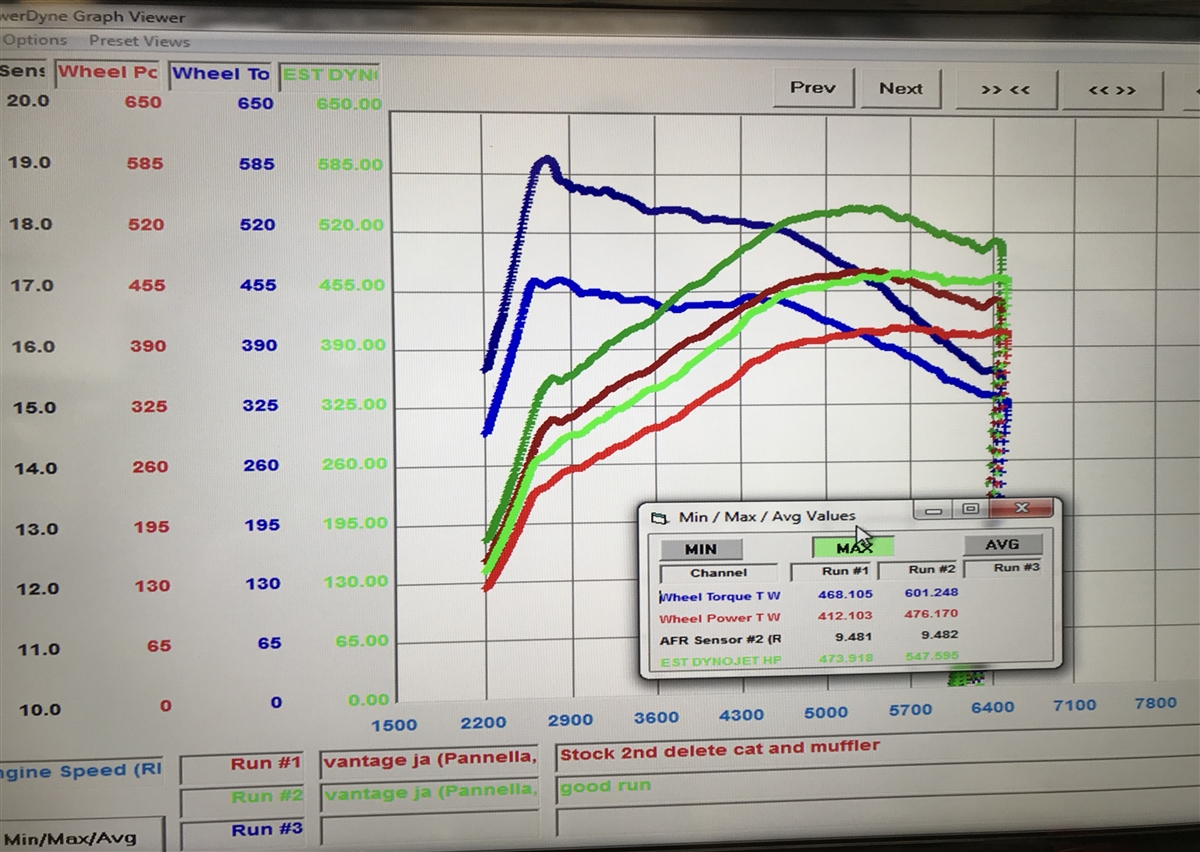